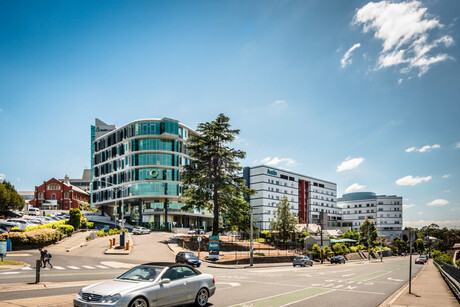 Austin Health is bringing its operations into the digital age, using Power Apps to create solutions that improve efficiency.

Based in Melbourne Austin Health is one of the leading providers of healthcare services in Australia. Serving one of the city’s fastest growing areas, the organization employs 10,500 people and regularly manages more than 110,000 patient admissions each year.

To ensure effectiveness and efficiency, Austin Health has increasingly turned to digital solutions to support its staff and the wider community. Last year, telehealth visits by Austin Health clinicians increased by 1,100%. Austin Health also deployed 9,500 licenses for Office 365 in two weeks to support new ways of working for all of its employees in response to the pandemic.

Among those people is a small team of Patient Services Assistants (PSAs) who navigate the halls of the hospital – routing patients to and from different locations. In the past, PSAs would take a job by collecting a piece of paper in a central office, which told them which patient should be taken where and when. Once a patient had been delivered, the PSA would come back and collect another piece of paper, collect another patient, and the whole process would start over. According to Alan Pritchard, director of EMR and ICT services at the hospital, it was a tedious process that needed to be improved.

The challenge was particularly acute for the delivery of patients to the radiology department, which had begun to explore digital alternatives to the manual system. They went so far as to work with LinkTech to develop a solution using Microsoft Teams. While this was a head start on sending public service announcements to the hospital with their scraps of paper, there were still limits.

By mid-2020, Austin Health had deployed Feeding platform across the organization, providing access to a low-code / no-code platform for application development, and the development team thought this could be used to further streamline the operation of PSAs.

“The development team did a little exploratory internal proof of concept using Power Apps and SQL on Azure. Then they reconfigured the proof of concept to build on the Power Platform, ”explained Pritchard. The first prototype was ready in three days.

Pritchard said that by taking a platform development approach, it has been possible to develop applications with reusable components that can be useful for other applications.

Austin Health used Power Apps to develop an app for nurses who were monitoring visitors arriving at the hospital during the pandemic. This allowed visitors to line up to enter the hospital to fill out a mobile form, which nurses could retrieve using a QR code before reviewing the information, recording the person’s temperature. and allow her to enter the hospital if she was okay.

As the IT team developed these apps, Power Apps is also starting to be used by a handful of clinical developers.

The staff anesthesiologist, Dr Andrew Goldberg, has developed an app to help junior staff contact senior managers after hours if they need to step up anesthesia care for surgery. emergency. Telephone calls are still the most reliable way to communicate with senior clinicians, but calls through the switchboard can take a long time.

Using Power Apps, Dr. Goldberg created an Anesthesia Department phone book that is published on the Anesthesia Teams site and allows trainees to search for a ward staff member and initiate a phone call. to anyone on the list, from Teams.

“With limited coding knowledge, I was able to create a working prototype in a matter of days and provide our department with an extremely useful communication resource that is used every day,” said Dr. Goldberg.

In another part of the hospital, sonographer Michael Huynh scanned the logbooks used to record the disinfection of ultrasound transducers.

“We have over 50 transducers in radiology, which meant we had to have over 50 logbooks – one for each transducer. This was a major problem because in the event of an infection control violation it would be extremely difficult and time consuming to track down all the patients the transducers were used on, ”Huynh said.

“With the introduction of Microsoft 365 into the organization, using Power Apps, I was able to quickly create an app to record the probe disinfection process, with all of the data stored on a single SharePoint list. In the event of an infection control violation, traceability is as simple as filtering the SharePoint list by date, time, and affected transducers, and then forwarding that list to infection control. “

Huynh says Power Apps’ low-code environment puts control back in the hands of healthcare workers by making it easy for them to build the apps they need now, without having to purchase expensive software. Before that, Huynh says he had no coding knowledge.

“As I started experimenting and watching tutorials, I found that the necessary coding quickly started to make sense and now I’m starting to build more complex applications. Another great thing about Power Apps is that I can help out most of the time and look to IT for the finishing touches. “ 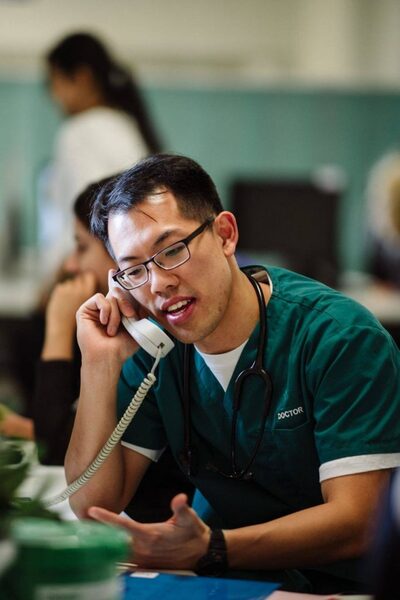 The reusable nature of the Power Platform allows Austin Health to explore how it can build applications for other needs. For example, the PSA radiology job dispatch application is likely to be adapted so that it can be used to direct cleaning staff, and also extended for PSAs working in emergency situations.

“What does this mean for the organization?” Asked Pritchard. “It gives us the ability to quickly resolve a large number of small local issues. Then at the other end of the scale, as you start moving into slightly bigger and more complex tasks, we can build solutions on a cohesive platform, with the same integration frameworks, the same design models and the same support capabilities, and without the need to go through large procurement exercises.

“One of the biggest costs in IT development is the time spent in the procurement process researching an application to solve a problem. If you can continue to troubleshoot the issue on an existing platform, you reap the business benefits. The time to develop solutions is important. “ 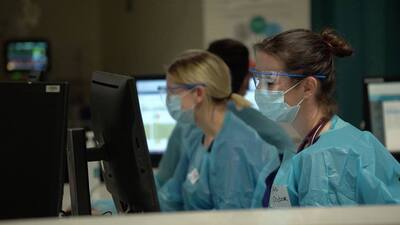 Pritchard also notes the governance promoted by Power Apps. Instead of phantom IT solutions being purchased by individual departments to meet their needs, there is now a growing desire to use Power Apps to troubleshoot problems and create solutions, while being surrounded by security and safety checks. privacy that the Microsoft platform brings.

“We’ve given them tools now, to build something using the assets that are already in our environment. It’s in our Microsoft tenant, so we have security and governance on it, ”said Pritchard.

It is this powerful combination of flexibility and control that enables Austin Health to develop innovative solutions to hospital operational challenges, all in a secure and well-managed environment.

The technology is there that will allow ...